The Body Language To Watch Out For In Your Workplace 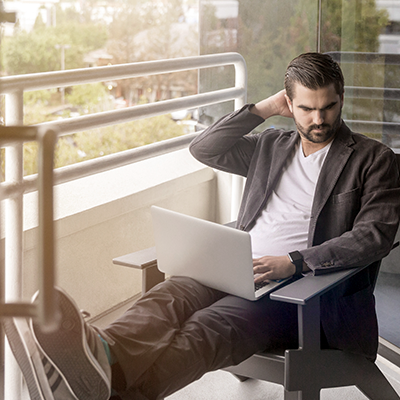 Body language evaluation has come under increasing scrutiny in the workplace. When we talk about body language, we’re really looking at the subtle cues we exchange with each other. Body language remains challenging to analyse for many people. It’s quite subjective, with a single gesture conveying a myriad of possible interpretations. We are guided by some basic principles and rules that help us send out the correct non-verbal messaging and signals at work.

According to the New York Times, the total impact of a message is about 7 percent verbal, while 38 percent is vocal including tone of voice and inflection, and a staggering 55 percent of the message is non-verbal. This makes it clear it’s how you look when you say something, and not what you actually say. If your body language is off, the true meaning of your message can easily be lost.

What are the non-verbal signs we should be aware of when communicating in the workplace?

We all know that person who has natural magnetism. Someone who merely walks into a room, and commands it. They speak, and everyone naturally listens. Leaders have a specific set of non-verbal behaviours that signify to others they are in control.

There are numerous popular non-verbal cues we should be aware of when communicating with colleagues, managers and clients. This includes:

Haven’t we all experienced the colleague or manager that sits back in his or her chair, arms wide open? Now picture someone who’s hunched over, closed off and non-responsive. Which person would you rather interact with?

Few managers will outright demean or mock their subordinates, yet many team members still feel negatively on a daily basis. It’s here where body language becomes extremely important. While managers might not overtly deride an employee, their actions might still lead to making the team member feel inferior. Managers might fail to acknowledge a team member’s contribution by refusing to nod, or by assuming a hostile posture or facial expression which suggests they’re uninterested in what the employee has to say.

As with any type of communication, context is crucial. In terms of communication, it yells far louder than body language. Trying to construe body language by scrutinising one gesture in isolation is the same as trying to decipher a sentence by reading a single word. This is where people trying their hand at lie detection usually fall short.

We’ve all heard that people more creative with the truth often instinctively touch their face. Truth be told, the art of lie detection is likelier to include a bundle of subtle signs that involve the entire body, including feet twitching, or ending a movement to better aid concentration. So in your quest to decipher body language, avoid jumping to assumptions just because someone broke eye contact while speaking, or they decided to cover their mouth at one point during the conversation.

There are specific aspects that affect the persuasiveness of a speaker, however.1 This includes powerful non-verbal behaviours, such as:

Decoding vs. encoding your body language

Decoding is your ability to read people’s cues. It’s how you interpret hidden information, emotions and personality from a person’s non-verbal cues. Encoding is your ability to send cues to other people. It’s how you control your personal branding, the first impression you provide, and how you make people feel when they’re with you. As with any other skill in life, your level of mastery of decoding and encoding body language depends on how much you practice it.

Office body language: the 4 cues you must know

Lip pursing occurs when lips are mashed or pushed together in a hard line. Some tend to do this subliminally when they’re attempting to hold back on something. People purse their lips when wanting to articulate something, yet think they shouldn’t really share what’s on their minds.

There will inevitably be some conflict in the workplace, especially when people work under pressure. There are a couple of cues to look out for when conflict is coming to a head, and identifying it can help to prevent it from exploding into a confrontation:

This occurs you imperceptibly copy or mimic the person’s body language with who you’re speaking with. Using mimicry allows you to build a rapport with someone. If someone is mimicking you, it could be a sign that they like you, as we tend to do this subliminally with people we admire or like.

This is when a person raises hands up towards their face or chest, pressing the tips of their fingers together. It’s a gesture of self-assuredness, confidence or even superiority. It’s often done to inspire confidence in oneself and others during an interview or meeting. It’s a stance that’s seen more assertive than aggressive.

Learn how with the University of Cape Town Foundations of Executive Coaching online short course.

Who is involved in the blockchain network? Read More