Cybersecurity: A Webinar with Eric Rosenbach 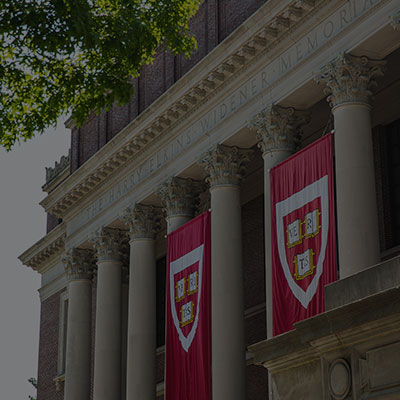 With the proliferation of new technologies and the cyber risks that come with them, business leaders need strategies to make their organizations resilient in a landscape of cybersecurity threats.

A webinar with Eric Rosenbach

Eric Rosenbach is the Director of the Defending Digital Democracy Project, and Co-Director of the Belfer Center for Science and International Affairs at Harvard Kennedy School. He has previously served as the Chief of Staff to US Secretary of Defense Ash Carter and the Assistant Secretary of Defense. He held the position of Chief Security Officer for Tiscali, the largest pan-European internet service provider, and was a US Army Intelligence Officer before bringing his expertise to Harvard. He is also the course convener of the Cybersecurity: Managing Risk in the Information Age course from Harvard’s Office of the Vice Provost for Advances in Learning, in association with HarvardX.

Rosenbach recently hosted an interactive webinar for students to pose questions about the cybersecurity course. In this 22-minute webinar, Rosenbach provides an overview of the course content through the frame of risk management. He demonstrates the benefits of the course for managers and professionals, regardless of technical background, while addressing queries around how the course complements concerns in General Data Protection Regulation (GDPR) and emerging technology.

Learn more about the cybersecurity course by watching highlights of the webinar below:

The Cybersecurity: Managing Risk in the Information Age online short course from Harvard’s Office of the Vice Provost for Advances in Learning (VPAL), in association with HarvardX, is designed to equip business professionals with the knowledge and skills to develop a culture of cyber resilience in any organization.

Delivered in collaboration with GetSmarter, this 8-week course provides students with a comprehensive understanding of the organizational, reputational, and litigation risks faced by businesses in a landscape of growing cyber threats. Framed through the lens of cyber risk management and resilience, the content focuses on equipping managers and business professionals with holistic risk mitigation techniques.

The need for a holistic cyber risk management strategy should be a top priority for every business professional. If you’re ready to make your organization cyber resilient, register now for the next presentation of the Harvard VPAL Cybersecurity: Managing Risk in the Information Age online short course.

Learn from the experts.