How To Prepare For Future Trends In Fintech Innovation 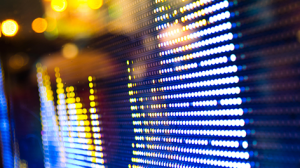 Why is fintech so exciting? Globally, the cost of financial technology investments is estimated to grow from $3 billion in 2013 to $8 billion this year.1 These investments are being poured into various areas of the banking and financial industry, whether that’s into personal finance or in an effort to disrupt.

Although the areas of investment may be different, what has been made abundantly clear through the fintech revolution is that society is not pleased with the existing financial system – mostly consisting of traditional banks and banking.

Financial technology today is expected to disrupt a lot of different sectors and industries, but that wasn’t always the case. Over the years, fintech has moved from affecting just technology firms focussing on financial products and services to disrupting retail, wealth management, virtual market places, digital marketing, telematics, insurance, investment banking, small and midsize enterprises and so much more.2

According to David Shrier, futurist, author, entrepreneur, CEO at Distilled Analytics and the Co-convenor of the Oxford Fintech Programme:

These future fintech trends and evolutions can be split into four categories:

1) The future of money: the fintech future of alternative money and payments.

2) The future of markets: disrupting traditional markets through the fintech revolution.

3) The future of marketplaces: the state of financial services to the potential for fintech innovation.

4) The future of infrastructure: the foundation of financial services and the relationship between infrastructure and the fintech revolution.

The fintech future of money

Have you ever heard of the concept ‘invisible banking’? In 2017, Amazon made a plan to launch a cashierless convenience store to the public. Customers will simply collect their desired items from the store and upon their departure be automatically charged for their chosen items. After a 14-month trial, the prototype store ‘Amazon Go’ opened to the public earlier this year.

Customers simply download the Amazon Go app on their phone and scan their unique code to be let inside. Once in, customers pick up the items they want and walk out the door – described as many who have visited the store to feel oddly like shoplifting. However, with sensors and cameras lining the stores ceiling, customers are charged on the app for every item they take out of the store. The sensors even keep track of what you put back on the shelves, in case you happen to change your mind.

Other forms of disruptions in retail include virtual banking assistants powered by artificial intelligence through voice recognition or other types of biometric identification using your unique fingerprint or iris. Four of the fintech trends that have disrupted traditional notions of money are:

In late November last year, bitcoin searches passed searches for Trump for the first time.3  Digital currencies have caused a major disruption to current industries, but money has been digitised for quite some time. The reason this innovative financial technology has caused such a stir is because the current financial model customers use when they transfer money into each other’s accounts or spend time on their internet banking site is terribly outdated compared to the availability of financial technology and innovation today.

Liana Douillet Guzmán, Senior Vice President for Growth at Blockchain, a company with the largest production blockchain platform in the world, compares our current financial model to the kind of cellphone her father might have had in 1992. The uprising of bitcoin, ethereum and global money mobile payment methods like Venmo provides the opportunity to create new local payments networks that are secure, quick, full of transparent data, and easy-to-use – ultimately providing better service for all.

The fintech future of markets

Financial markets can be described as the space in which assets, securities and commodities are traded, including stocks, derivatives and foreign exchange. Financial markets are often divided by categories depending on asset type that is traded within that market.

These following five markets are categorised according to the asset class they trade:

2) Debt markets: markets where promises of obligations are traded among parties. A loan is often subject to agreements or regulations and debt securities often don’t include a role in the governance of an entity. Types of debt can include bonds, bills and commercial paper.

4) Derivatives: financial products that have value based on other assets often used to manage or mitigate risk. Hedge funds are active traders in derivatives as they use them to bet, or “hedge”, against (or profit from) various kinds of risk.

5) Foreign exchange (Forex) markets: markets where different currencies are exchanged. The services include the buying, selling, and exchange of currencies according to exchange rates.

Financial mobile and social technology has now allowed for the emergence of new markets enabled by networks. These can include peer-to-peer crowdfunding, prediction markets, social trading and one of the public’s most-talked-about: artificial intelligence (AI).

David Shrier describes AI as an innovative computational social science that has the ability to:

– Improve productivity in the workplace

– Predict the future of markets

– Reveal what’s going on in your organisation

Watch the full video to hear more about this topic.

Among these abilities, AI also has the potential to address and monitor the volatility of stock markets, as well as pick up on possible fraud. This form of financial technology can accurately analyse great amounts of data and, by picking up on irregular patterns in the results, point out suspicious behaviour.

The fintech future of marketplaces

The fintech revolution has led to an emergence of new marketplaces like financial services for the unbanked.

One trend in marketplaces is new payment platforms, specifically relating to mobile. The emergence of this new marketplace has opened the door for people who previously did not have access to financial services, specifically on a global scale. This has led to many fintech startups focusing on emerging markets in the global south.

The fintech startups based on blockchain technologies are likely to disrupt industries while simultaneously providing a solution to avoiding the undesired effects of tampered marketplaces.

One of the biggest issues SMEs face is lack of funding or capital. According to International Financial Corporation, there is presently a funding gap of more than $2 trillion for SMEs in emerging markets.4

However, even with the funding, the issue of being unbanked still needs to be addressed. A recent study completed in Southeast Asia reported only 27% of the population had a bank account, leaving approximately 438 million unbanked.5 The fintech revolution will and has already led to SMEs able to access funds in new ways, and when more SMEs are created, economic growth is boosted, subsequently boosting employment opportunities.

SME growth is supported through the following ways:6

In terms of providing services for the underbanked and unbanked – Nuria Oliver, Director of Data Science Research at Vodafone and Chief Data Scientist at Data-Pop Alliance and one of the guest experts on the Oxford Fintech Programme says “the mobile device – a personal computer in your pocket” – is the answer.

While the number of unbanked individuals globally is exceptionally high, the vast majority of them have access to a mobile phone. The majority of banks provide internet banking on mobile devices, but it can certainly go further than that. Some banks have partnered with fintech companies to pave the way for mobile contact with a banking agent able to sign people up for a bank account. These agents will conduct banking transactions on mobile tablet devices on behalf of the customer.

A second emerging marketplace with the potential to aid SMEs is crowdfunding or peer-to-peer-lending. This platform offers the opportunity to further financial inclusion on a global scale. Crowdfunding can be described as the method of financing (an SME, in this case) by gathering small amounts of donations from a large number of willing individuals or legal entities.

Crowdfunding is interesting in that it bypasses traditional financial third parties by using online web-based platforms to connect the potential SME with the funders – often through the use of their mobile device. The idea of joining people with money to those without money is not new. What differs is the use of fintech to make this process exceptionally easier and accessible to a much larger group of people.

The fintech future of infrastructure

The fintech revolution has radically changed infrastructure within the financial services space. This infrastructure can be described as the system enabling transactions and the regulation of these movements. Banks are no longer the only ones in control of the movement of your money. Customers are now demanding that this become their role. Instead of simply maintaining this infrastructure, these need to be overhauled in order to keep up with the rapid changes, opportunities, and challenges associated with fintech.

In computing, a term used to describe this outdated infrastructure is ‘legacy systems’. These kinds of systems are grouped under this infrastructure heading because they are were originally built on or related to outdated technology, programming languages, applications and software. They therefore do not meet the needs of customers or the organisation in terms of security, compatibility, ease-of-use and integration. Legacy systems can be split into global national systems and processes (foreign exchange, interbank communication) and organisational legacy systems (built using old technologies and processes).

Legacy systems is specifically an issue for large banks. They simply cannot update the infrastructure but need to replace it which can become a costly mission. Below are five steps that can be followed to make this process slightly less expensive and risky:

5) Position the organisation for growth

Some of the upcoming fintech trends related to infrastructure include identity, security, and privacy, cybersecurity and regulatory technology (regtech). David Shrier describes how automation and artificial intelligence is rising in the area of regtech to power compliance departments and create a competitive disadvantage for other companies relying on older infrastructure and IT systems.