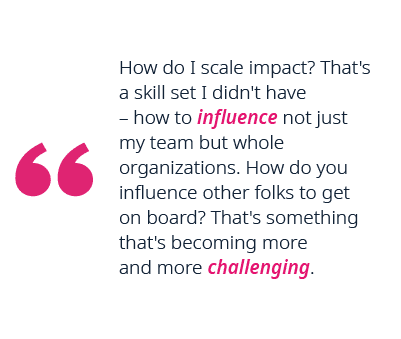 The vast number of data centers located in Ashburn, Virginia, means an estimated 70 percent of the globe’s internet traffic flows through the American city.1 It’s no surprise, then, that it’s considered the data capital of the world. It’s also a fitting hometown for Tim Corey, whose day-to-day role at a leading cloud database company involves introducing new clients to the platform and familiarizing them with its processes and capabilities. In time, Tim realized that he wanted his responsibilities to evolve and be impactful on every level of the organization. The first step to achieving this was to complete the Kellogg Executive Education at Northwestern University’s Strategic Change Management online program.

Now, he shares his experience of studying online.

Choosing a program that drives change

As the COVID-19 pandemic propelled the workplace online, the ability to create strategic change in any context was brought to the fore. “Before, you could [wield] that influence in an office where you see the same faces and have those interactions. And you can say, ‘Hey, I’m going to take this team to lunch, and we’re going to talk about this,’” Tim says. He then goes on to mention the serendipity of studying when he did. “It was apropos… the timing of when I took [the program] because I’m able to utilize these skills in a virtual environment, which is even more necessary right now.” 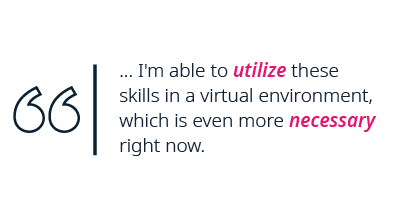 “I started studying before the pandemic and was actually traveling and seeing customers in person,” says Tim. “I would do some of the coursework in the hotel [or] I’d do it in the airport. Once we transitioned, I would do it in the morning before I started my day, [and] on the weekends I could do three or four hours.”

Studying online was a no-brainer

Although this wasn’t Tim’s first time studying online, the experience was, in his words, “like night and day”. When asked what stood out to him during the program, his answer was simple: the level of production that went into it. “Today, [studying online is] a no-brainer. We [still] had interactions with the professors and students – it was easy to engage. There was a [Success Adviser] that was available. The [facilitators] were available. My fellow [classmates were] so easy to engage with; the experience was seamless.” In fact, the chance to engage with professionals from around the world was a key reason for Tim choosing to study online. As he explains, “It’s a very international business – the cloud and digital transformation – so hearing from [students] that were from other parts of the world had a much greater impact [on] me.” 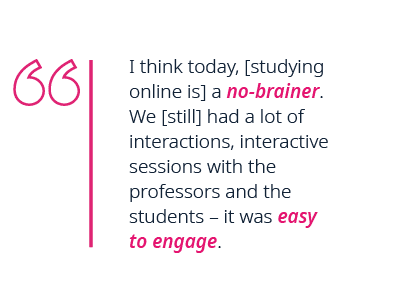 Learning was the real motivation 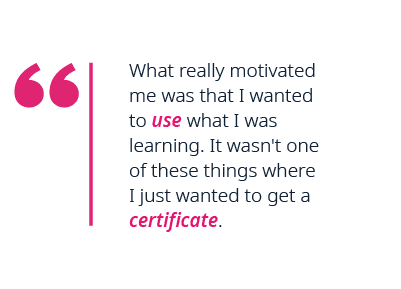 For Tim, it was about the journey rather than the end result. “What really motivated me was that I wanted to use what I was learning. It wasn’t one of these things where I just wanted to get a certificate. I want to be as impactful and valuable as possible to my company.”

A changed mindset has the most impact 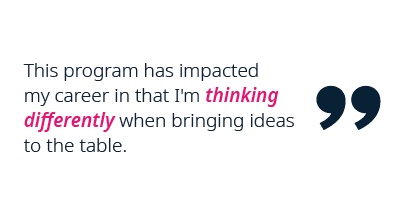 As well as gaining practical tools specific to the Strategic Change Management online program from Kellogg Executive Education at Northwestern University, Tim found that the most important outcome of studying online with GetSmarter was a new way of thinking: “This program has impacted my career in that I’m thinking differently when bringing ideas to the table.” And what’s Tim’s advice to future students? “If you want to formulate a strategy for change, first understand where your organization is now. Something I learned is that you have to get really clear on what your definition [of change] is, and how that aligns with the [goals of the] company, and come up with a formula. Then you can go back to the drawing board on it multiple times and iterate on that.” 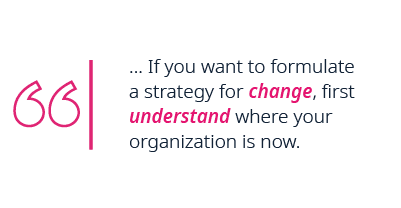 Study further to challenge the way you think about strategic change