Methods and Mechanisms for Genetic Manipulation of Plants, Animals, and Microorganisms 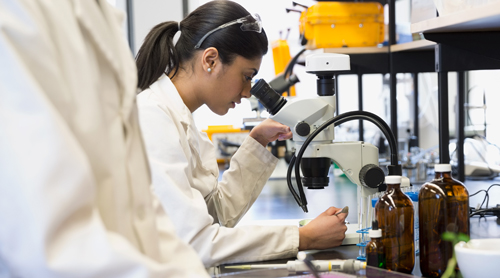 Mushrooms that don’t go brown. Maize that kills insects. Medicine tailor-made for the individual. Fact or fiction? Every living thing is made up of the same building blocks: cells. Cells work together to make an organism function, grow, and survive. Scientists use genetic engineering to modify cells so that the characteristics of an individual organism may be enhanced or modified. Such engineering can be applied to any organism, from a virus to a plant.1

Genetic manipulation is most commonly used to introduce a new, favourable characteristic into the recipient organism, such as tolerance to a chemical herbicide or resistance to insect attacks. It can also be used to alter the organism’s genes’ activity, such as slowing down natural decay.2

What is genetic manipulation?

Genetic engineering is the direct manipulation of DNA within a gene to modify an organism’s characteristics (phenotype) in a certain way.3 Genes are small sections of the long DNA sequence that is ordered into chromosomes in animal and plant cells.4 Adding characteristics to a living organism, such as resistance to drought or disease, can be achieved through modifying these genes.5

DNA is the genetic code found in humans and almost all other organisms that make them behave and appear as they do. Most DNA is housed in the cell nucleus, but a small amount of DNA is also found in the mitochondria – the structures within cells that convert the energy from food into a form that cells can process and use.6

DNA’s double helix consists of a base pair: two bases on opposite strands of the DNA molecule. A base pair forms one ‘rung’ on the DNA ‘ladder’. The rules of base pairing is that A always binds with T, and C always binds with G. Genetic manipulation may mean changing one base pair (A-T or C-G), removing a whole region of DNA, or bringing in an additional copy of a gene. Gene modification could also be extracting DNA from one organism’s genome and joining it with the DNA of another.7

While methods of genetic modification vary, the following process is typically used:8

Methods for genetic manipulation have rapidly evolved over the last 100 years, from basic animal husbandry and inserting genes from one organism into another to more advanced methods of directly editing the genome.9

The application of genetic engineering

The genetic modification (GM) of microorganisms is widespread and commonly used in pharmaceutical applications.14

In agriculture, America had over 185 million acres of GM crops planted in 2017.15 Even though most GM crops have been tested and proven safe for human consumption, these crops are primarily used as animal feed in European countries.16 Europe has only one GM maize crop: MON810 – an insect-resistant maize grown mainly in Spain. However, public opinion in EU nations is against the introduction of any new GM crops grown in Europe. Thus, the bulk of genetically modified products, such as soybeans, corn, and cotton, needs to be imported on a large scale to feed livestock.17

CRISPR: the next step in genetic manipulation

CRISPR-Cas is a new technology of genetic engineering that allows the genetic material of viruses, bacteria, cells, plants, and animals to be altered in a relatively simple, but very accurate and efficient way. The technology works by changing characteristics through genetic alterations or by adding entirely new genetic information.18

The realisation that CRISPR could act as an all-purpose genome-editing tool was put forward a year later in a science paper by Erik Sontheimer and Luciano Marraffini at Northwestern University.20 The paper showed that a set of repeating DNA segments found in this bacteria contains a type of immune system that records copies of DNA segments from viruses from first contact. When they come into contact with the virus a second time, the spacers between the bacterial segments effectively cut up the DNA segments of the virus, rendering that virus useless. The findings concluded that these repeating spacers could be programmed to alter genetic material from most living things, whether human, animal, or plant.21

In 2012, Jennifer Doudna and French scientist Emmanuelle Charpentier discovered that CRISPR could potentially provide gene therapy as a realistic alternative for patients with genetic diseases.22 Feng Zhang and George Church soon after discovered CRISPR’s therapeutic applications, particularly in disorders of the nervous system, using mice and human cells in 2013.23

One way to think about CRISPR is to think of the ‘Find and Replace’ function in Microsoft Word: CRISPR finds the genetic data you wish to alter and replaces it with new material.24 Or, as Jennifer Doudna puts it in her book on CRISPR, A Crack In Creation: Gene Editing and the Unthinkable Power to Control Evolution, it’s like a Swiss army knife that has various functions and applications that depend on how it needs to be used.25

There are three key components that allow CRISPR to work effectively:26 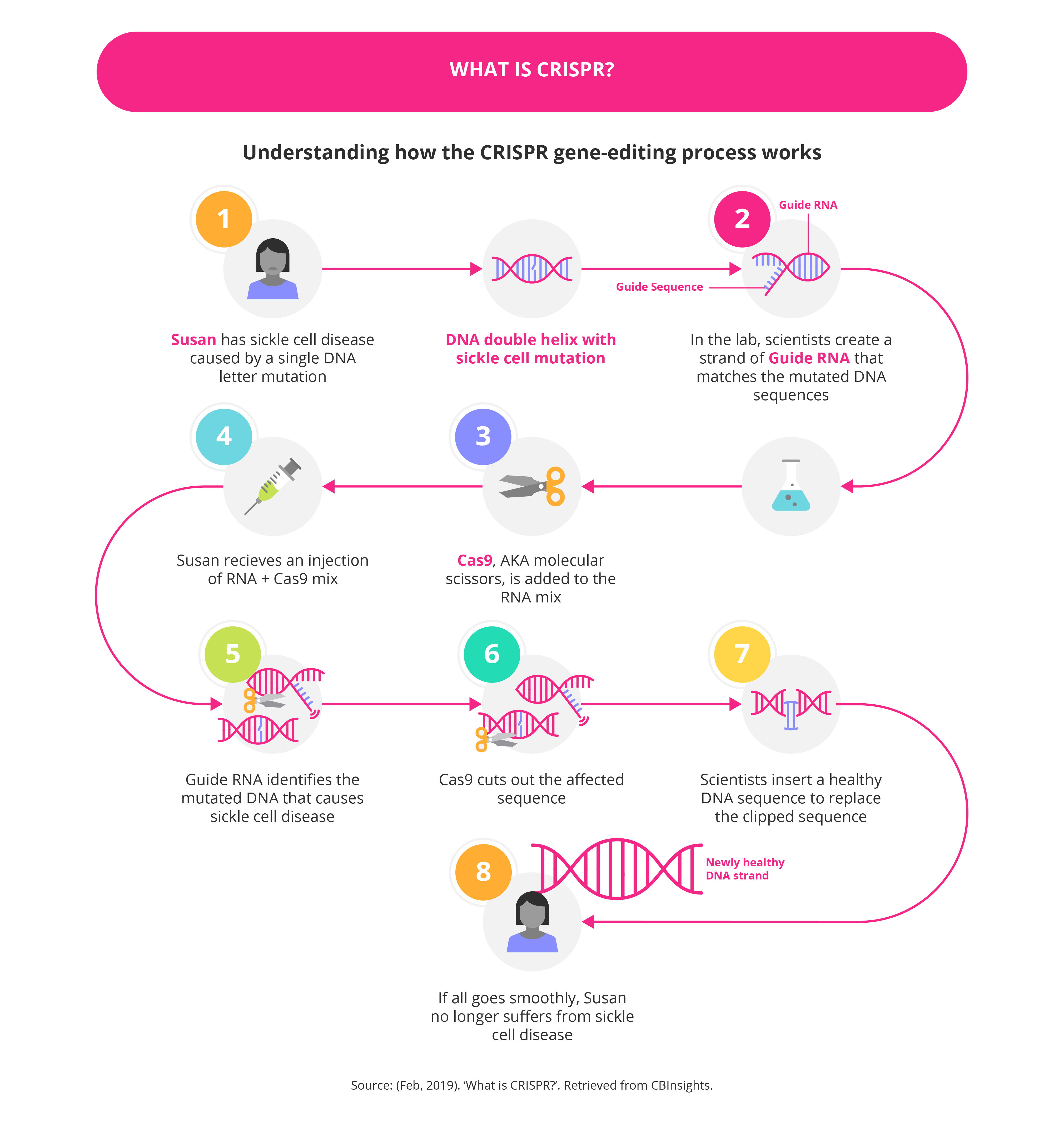 CRISPR is also more affordable than earlier forms of genetic engineering, and more readily available. Scientists from any location in the world can get a CRISPR kit for $65 from the Broad Institute’s non-profit organisation Addgene.27 According to Addgene’s statistics, the CRISPR kits have been requested 65,351 times by scientists from at least 67 countries.28

According to Rodolphe Barrangou, one of the scientists who first identified the bacteria in yoghurt, believes that CRISPR is the food industry’s second chance: “[CRISPR offers] a more integrated approach to how we farm and how we’re going to feed the world. It’s about having a more efficient use of our land and water and resources. We can’t wait a thousand years. We can’t spend 10 billion dollars to do it.” With CRISPR, it is faster, easier, and more affordable, and it can be used across a broader spectrum of crops.

CRISPR-edited organisms are already in our grocery stores. In 2016, white button mushrooms that have been modified to resist browning hit America’s shelves.29 In September 2017, biotech company Yield10 Bioscience got approval for its CRISPR-edited false flax, which has enhanced omega-3 oil and is used to make vegetable oil and animal feed.30 More recently, a paper published by Brazilian and Irish researchers put forward that CRISPR-enabled genetic editing could help farmers grow tomatoes that are as spicy as chili peppers.31

When it comes to genetic modification and engineering on plants, animals, and microorganisms, the methods listed ultimately result in the same thing: altering the basic DNA structure of a cell in order to bring about a preferred characteristic. As these scientific methods continue to improve, dynamic gene modification will continue to provide alternative solutions to the way we live on the earth.

How to Become an Occupational Health and Safety Officer Read More