Alexa, what is Artificial Intelligence? 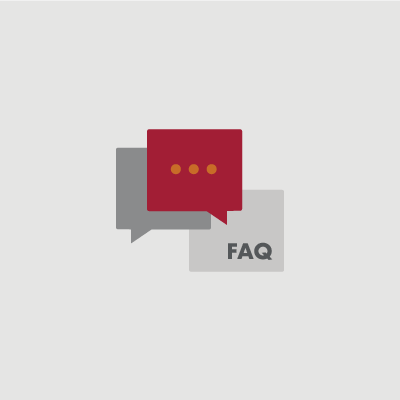 When you think of artificial intelligence, do you picture Alexa? Terminator? Rosie the Robot Maid? Perhaps you just wish you had one of these robots to answer all your questions about AI technology.

What is the definition of artificial intelligence (AI)?

While you might associate artificial intelligence with more contemporary applications like natural language processing and robotics, the concept itself dates back to the work of Alan Turing in the 1950s. The first definition of artificial intelligence came from John McCarthy in his proposal for the Dartmouth Conference of 19561:

“Every aspect of learning or any other feature of intelligence can in principle be so precisely described that a machine can be made to simulate it. An attempt will be made to find out how to make machines use language, form abstractions and concepts, solve kinds of problems now reserved for humans, and improve themselves.”

Simply explained, artificial intelligence is represented by a machine with the ability to conquer problems usually solved by human intelligence. The Dartmouth Conference established 7 Original Aspects of AI:

While computer science has advanced since the 1950s and succeeded in creating some of these aspects, others remain out of reach for now – like self-improvement, abstraction, and creativity. Rather than a machine inherently possessing human intelligence, AI encompasses the efforts within computer science to teach a computer how to think like a human within limited parameters. So while you can ask Siri or Alexa to give a restaurant recommendation based on your established preferences, you might find it difficult to ask the same information of your autonomous vehicle.

Experiments have shown artificial intelligence is capable of composing screenplays, but a quick review of AI-produced movies will demonstrate that robot creativity has its limits – the scripts are entirely unique, but rarely do they make logical sense. Spielberg won’t be handing over his Academy Awards to a robot counterpart anytime soon.

What are some examples of artificial intelligence?

What’s the difference between Machine Learning and AI?

Though these terms are sometimes interchanged, Machine Learning is actually a subset of Artificial Intelligence. Machine Learning is a type of AI code deployed on a computer which allows it to accomplish a particular task. When a machine equipped with this technology is fed data, it learns to classify and distinguish between groupings of data. As the machine gathers more data, it gains expertise exponentially and can operate with increasing accuracy.

Humans do this, too. Perhaps you learn to play chess – you start by learning the names of each game piece and the path it follows on the board. Once you’ve mastered the basics, you move on to gameplay with others, and over time you develop strategies to improve your chances of winning. It takes years of practice and strategy to become a Chess Master.

A machine equipped to play chess with Machine Learning can fit the learning process into a much shorter space of time; identifying game pieces, mathematically developing strategies for success, and playing infinite games against itself to gain expertise. Machines learn much faster than humans because they aren’t bound by information overload or the need to sleep. They learn faster and can process more classifications of data than the human brain.

Is artificial intelligence a threat?

First, there’s the question of misuse: can artificial technology be leveraged for cyber attacks and terrorism? AI makes it easier for hackers to design more effective software and strategies for cyber crime. AI-powered drones and driverless cars can be commandeered remotely and used as weapons.

The second concern around the threat of artificial intelligence is more akin to Terminator 3: Rise of the Machines: what happens if AI turns against its creator?

Theoretical Physicist Stephen Hawking said the real concern is when “AI becomes better than humans at AI Design, so that it can recursively improve itself without human help. If this happens, we may face an intelligence explosion that ultimately results in machines whose intelligence exceeds ours by more than ours exceeds that of snails.”2

While we’re several years away from this sort of advanced AI, there are lingering questions around what happens when we code a source of artificial intelligence to perform a particular task, and in its infinite logical efficiency, the machine deduces that humans are a hindrance to the mission. The machine will always do what it was programmed to do, not necessarily what you want it to do.

The Machine Intelligence Research Institute posits that “a superintelligent machine will make decisions based on the mechanisms it is designed with, not the hopes its designers had in mind when they programmed those mechanisms.”3

“And you say what harm could a deep intelligence in the network do? Well, it could start a war by doing fake news and spoofing email accounts and fake press releases and just by manipulating information. The pen is mightier than the sword.”5

He goes on to cite a hypothetical example where an artificial intelligence supermachine is tasked with maximising portfolio stocks – if it calculates that the most efficient way to achieve this goal is by creating a war between two particular countries, what’s to stop the machine from manipulating air navigation systems to reroute Country A’s airplane over Country B’s territory, and tipping off Country B’s systems to pick up enemy aircraft?

The technology isn’t there yet, and it’s a bit premature to pack your bags and move to a smallholding off the grid. These questions are more about due diligence than tangible threats, and they help to develop regulations around innovation. For now, artificial intelligence is like any other weapon – only as dangerous as the powers that wield it.

What are some pros and cons of artificial intelligence?

There is a lot of buzz around this new technology, but what are some of the benefits and problems of artificial intelligence?6

What are some examples of AI companies?

The field of artificial intelligence is growing so rapidly that the list of Top AI Industry Leaders changes as frequently as the technology itself. Here are a few of the top companies to watch in 20187:

Best known for its music-identification app Midomi, this platform has one of the most sophisticated natural language processors available – so much so that big players like Samsung, Nvidia, Sony Xperia, Yelp, and Uber have all integrated SoundHound technology into their own platforms.

The newly-released Hound app can process complex requests like, “show me all below-average-priced restaurants within a five-mile radius that are open past 10pm but don’t include Chinese or pizza places.” The company closed on $75 million at the end of 2017.

Artificial intelligence meets cancer research in this liquid biopsy startup. Freenome uses artificial intelligence to detect signs of cancer in blood samples, making predictions about where cancer cells are located in the body and the best course of treatment. Machine learning continues to improve the software over thousands of tests detecting prostate, breast, colon, and lung cancers.

Though Freenome still needs to complete clinical trials before rolling out to the public, the company closed on $72 million at the end of 2017.

Does agriculture have applications for artificial intelligence? Bowery seems to think so – this vertical farming startup is set to revolutionise indoor crop development. While sensors collect data to measure humidity, light, and temperature, cameras track microscopic changes in plant growth. AI automatically adjusts the growth conditions to optimize crop yield, and Bowery claims their farms are more than 100 times more efficient per square foot than a traditional farm, with no use of pesticides or chemicals. The company closed on $20 million at the end of 2017.

This healthtech startup is set to improve MRI diagnoses. While MRI results are traditionally examined by the human eye – and subject to human error – Arterys technology uses AI to examine and diagnose MRI results by comparing them to their dataset hosted on a central cloud. The diagnostic tool grows more intelligent over time, as the data set grows and machine learning trains it to be more accurate.

In 2017, Artery’s cardiac MRI technology became the first AI platform to be approved by the FDA, and they closed the year on $30 million. With the victory in cardiac care under their belt, Arterys has set their sights on FDA clearance for similar technology for the lungs and liver.

Founded by three ex-Googlers, this startup developed AI technology that can learn your company inside out. Spoke technology is HR’s best friend, with an always learning chatbot that knows the answer to any question an employee might ask, from reporting a broken monitor to querying leave policies. Through machine learning, the software becomes more intelligent over time. Spoke closed 2017 with $20 million.

What are the most popular AI programming languages?

Looking to future-proof your programming skills for an AI-powered tomorrow? Here are the AI programming languages the experts say you should focus on:

A favourite for developers programming languages in AI development because of its syntax simplicity and versatility.8 Its use across Linux, Windows, Mac OS and UNIX makes it a versatile language to master.

This programming language is favoured by developers working in machine learning and inductive logic projects.

What does the future of artificial intelligence look like?

Here are some of the advances in artificial intelligence, tipped by experts to change our lives in 2018 and beyond:

The Future of AI: Automated Transportation

Driverless cars haven’t quite reached full maturity just yet, but the technology has been progressing steadily since Google piloted a self-driving model in 2012.

The Future of AI: Robotics

With advances in artificial intelligence in robotics, humans could soon hand over dangerous jobs such as bomb defusing and work with toxic substances to their robot counterparts.

Japan’s humanoid robot, Pepper is already used as a customer service representative in more than 140 SoftBank mobile stores across the country, and a pilot of Pepper in b88ta stores in California’s Palo Alto resulted in a 70% increase in foot traffic.9 The use of in-store service robots appears to be good for business, and Nestle has announced intentions to place Pepper robots in cafes across Japan10.

The Future of AI: Logistics

Fancy a pizza, delivered to your door by robot? The Domino’s Robotic Unit (DRU) is a prototype delivery robot that uses sensors to navigate the most efficient path for delivery while keeping food and drink at optimal temperatures, so your pizza is still piping hot when the DRU rolls up to your doorstep. This technology has been piloted in Australia, New Zealand, Belgium, France, the Netherlands, Japan, and Germany11, but Domino’s has yet to confirm a date for broad-scale rollout.

Pizza isn’t the only product that’s in for a high-tech delivery upgrade. Amazon is working on a drone delivery solution for small parcels, dubbed Amazon Prime Air*. Even grocery shopping is getting a facelift with Amazon Go’s12 checkout-free technology. Sophisticated sensors track customer selections and charge them automatically upon exiting the store, allowing customers to purchase their daily necessities while avoiding the time-consuming check-out queues.

These examples are merely the tip of the proverbial iceberg. With the rapid growth of AI, there’s no task too mundane to be upgraded with AI innovations. A study by PwC13 revealed 72% of business leaders term artificial intelligence a “business advantage”. Rest assured we won’t live to witness the rise of the machines, but as businesses find ways to optimize and diversify with AI technology, we can expect some major advances on the horizon.

The Future of Blockchain Technology in 2022 Read More

Build a Career in Artificial Intelligence and Robotics Read More