What is Human-Computer Interaction (HCI) ? 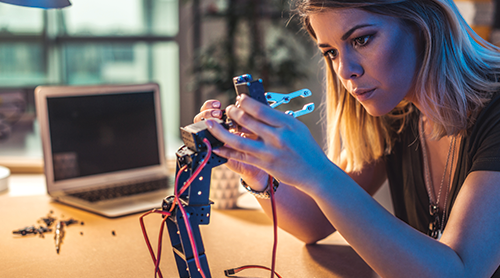 The last decade has seen incredible leaps and bounds in the world of computing: 3D printers that can print other 3D printers, virtual and augmented reality applications can whisk a user away to new worlds, and voice-controlled devices can tell give you details about the weather and traffic.

Daniela Rus, Professor and Director of the MIT Computer Science and Artificial Intelligence Laboratory (CSAIL), not only is a promoter of HCI, but believes wholeheartedly in its pivotal role in shaping our future. As she says; “Future human-computer interactions will make it much easier for people and machines to work together. It will make it possible for machines to support people in cognitive tasks as well as physical tasks. The future holds a lot of possibilities for people and machines working together.”

From automatically dishing out soap in the restroom to controlling the air-fuel ratio in your car’s engine, computers are everywhere. We interact with them constantly—some more than others—and the interaction is, unfortunately, not always as easy as we hope for. Can you remember the last time you got frustrated with your phone for auto-correcting the wrong word, the coffee machine at work refusing to follow instructions, or that notoriously slow automatic door at the mall? If you can, that device suffered from poor Human-Computer Interaction (HCI) design.

What is Human-Computer Interaction (HCI)?

HCI is focused mainly on developing empirical understandings of users…

The definition of Human-Computer Interaction (HCI) needs to remain quite broad, as it now covers almost all forms of information technology (IT).1 HCI is the study of designing computers and machines so that they best serve their users (i.e. humans). HCI is closely related to the field of User Experience (UX) design and is considered by many to be the forefather of this more modern approach.2

Despite this common link, HCI differs from the more widely-recognised UX design in that its main focus is academic. Where UX designers will be charged with building new human-focused applications, products or services, HCI practitioners are more concerned with the research. This means HCI is focused mainly on developing empirical understandings of users, which can then help to inform the work of on-the-ground UX designers.3 That’s why HCI is the window through which the future of UX can be seen.

Why does HCI matter? 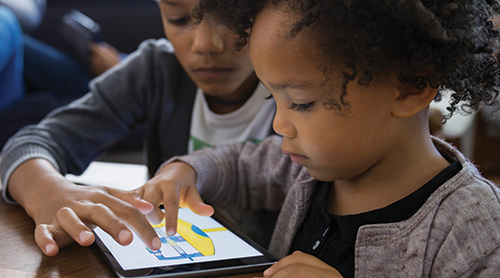 HCI is the study of how computers and machines can serve us better. It might sound simple, but this field is so fast-moving and exciting in the 21st century that it’s helped to bring around some of our proudest inventions, like virtual reality, self-driving cars, and all of your beloved touch screen technology.4

The kind of information that HCI practitioners compile is used to constantly refine the world of UX design.5 Without constant testing, polling, and data gathering, the concept of intuitive computer usability will stagnate, and IT products, like phones and laptops, will continue to be designed in ways that fall short in serving the end user.

“I think it’s a strange thing that in software, perhaps we’ve been so insensitive to our users that we’ve had to invent this term. But the truth is that user interaction design is the very essence of design.” — Daniel Jackson, Professor of Computer Science, MIT CSAIL

Human-Computer Interaction enables UX and User Interface (UI) designers all over the world to produce better, more user-focused computers, helping every consumer of that product or service. From ensuring machines continue to operate in safe, secure and user-friendly ways, to allowing users of all abilities to interact with computers, HCI is invaluable in making sure that computers are designed for successful and intuitive human use.

How did HCI develop and evolve?

The first personal computers (PCs) initially required extensive training to use them properly, and unsurprisingly suffered from a vast amount of user experience flaws. Simple tasks, such as moving the cursor or deleting text, were never-before-seen challenges presented to users—all of which presented significant hurdles to the usability of the computer.6

This is when HCI came along, in the early 1980s, as an attempt to study how and why computers could be made more user-friendly. The field of study quickly grew to cover almost all forms of IT. While it initially addressed issues that only first-time users of products would face, HCI evolved to include considerations for qualities such as:7

Although the field of Human-Computer Interaction has grown tremendously since its inception, it will continue to evolve as more is discovered about both users and computers. This is because HCI can only be so good as our understanding of ourselves is—as philosophers and behaviour psychologists delve deeper into understanding how and why we as humans act, HCI can evolve accordingly, to create devices and machines that are ever more closely linked to our human psyches.

What is the future of Human-Computer Interaction?

Looking into the potential of where HCI might lead us can feel as if you’re diving into a sci-fi novel. That’s because, naturally, HCI wants technology to be as normal and easily accessible in our day-to-day life as possible, which creates a window into a seemingly futuristic world.9 The latest prototypes that companies around the world are using HCI theories to develop, include:

1. Dexta haptic gloves were invented to mimic touch sensations of hardness, softness, springiness, and more, when using virtual reality. The gloves simulate these sensations by locking and unlocking the user’s fingers’ joints to different degrees as they interact with objects with their VR experience.10

2. Pre-touch sensing helps your smartphone read your mind (almost). When launched, pre-touch phones should be able to understand how the user is holding it or what fingers are approaching the screen to predict what the user wants to do. This would give the sense that your phone can read your mind as it performs actions before you even give your phone a clear command.11

3. PaperID is the next attempt at digitising paper, by making it into a touchscreen. This new technology supposedly will give paper “the ability to sense its surroundings and respond to gesture commands, as well as connect to the Internet of Things”. The idea is to link the physical and the digital world together—imagine “a page of sheet music that can detect the motion of a conductor’s wand being waved over it”.12

That’s just a small window into what the future of technology might look like when we embrace HCI.

The design of technology is constantly pushed to new heights. With the rapidly changing nature of technology in the 21st century, computers need to be more thoughtfully designed than ever.13 A bad user experience will stand out in any consumer’s mind. A fine line needs to be walked when designing these experiences. Through HCI, we see virtual reality, intuitive technology, and more efficient machines being created, using our roots as human beings to allow technology to serve us better. Above all, Human-Computer Interaction opens up new doors of possibilities to the digital world, because it begs the questions, “How can technology better serve us, as humans?”