What stakeholders are involved in the blockchain strategy system? 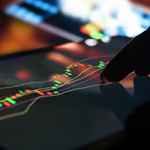 Working professionals initially approached blockchain with caution during its first few years of existence due to its unknown effects and uses. It’s only for the past two years or so that blockchain has inherited immense popularity because of its potential to affect multiple industries in an innovative way. Blockchain is now able to form a part of business strategy as a blockchain business model, making it more trustworthy, approachable, and efficient.

Blockchain technology can essentially be viewed as a collection of components or layers. These three layers form a stack representing the software development of blockchain:

This new technology has affected the business strategies of these stakeholders. These various stakeholders coming from the three layers will be discussed and include an overview of their various roles, methods and motivations.

Stakeholders from the protocol layer

There are two stakeholders coming from the bottom layer – the protocol layer. These are: developers, and researchers or academia.

Developers are involved with setting up blockchain protocols that serve networks. The block (containing a timestamp, digital signature, and varying other kinds of information or rules) will be shared to the network. The protocol layer is concerned mostly with cryptographic keys that will interact with the networks. These cryptographic keys will be either open-source or private.

Blockchain research aids in educating others on the implications of blockchain technology, especially considering this is a fairly new software platform. Having academics involved in the blockchain strategy system, ensures blockchain is continually challenged and researched in varying disciplines like political, behavioural, economic and psychological. This new knowledge is then used to inform all other stakeholders involved in the other layers of the process.

The protocol layer comes with a number of choices in terms of what design to use, but it’s important for this decision to be made with the application layer top of mind as this will ultimately impact usage. The motivation often behind what developers and researchers do is a deeply-embedded intellectual curiosity and desire to improve the current system and tools.

Stakeholders from the networking layer

There are three stakeholders coming from the middle layer – the networking layer. These are: miners, industry bodies, and traders.

What’s very important to users of bitcoin blockchain is the fact that the network is a distributed one. This means the space in which ownership, authentication, transactions and permissions occurs is validated by a large network. A way of understanding this is envisioning everything that occurs within the network is recorded by cameras situated in different places and filming every angle. Bitcoin occurrences are validated by a large distributed network, so if one person witnesses something they can receive validation for what they just witnessed from other witnesses who saw the same thing happen at the exact same time. This is why bitcoin is so attractive to traders.

The networking layer essentially has to do with how the protocols (software) is implemented. A global network filled with many individuals will be running the same form of software. These individuals run something called nodes. Nodes are devices that run a copy of the protocol, storing a full copy of that blockchain on the device.

What needs to be at the top of mind when dealing with the protocol layer is what kind of network you want to build. You may want to build a very public and large network like the bitcoin network, or if the network is going to be used by an enterprise, you’re not going to want it to be public. When it comes to blockchains, computer processing power is needed to service this network – some individuals might even (and get paid to) offer up their personal computer processing power to others so that they can join the network. The size of each blockchain network will ultimately affect its security, if more individuals are on the network, there will be more validators to authenticate and approve transactions. This is where hash functions come in. These form an essential part of bitcoin protocol, and as of early March 2018, bitcoin was secured by 26,500,000 TH/s – that is trillion hashes per second. A higher hashrate is equivalent to a greater security network.

Other things to consider when it comes to designing the type of network you’d like to build is:

Various industry bodies are involved in defining the rules of engagement and interaction for all stakeholders involved. They will often be led by a common goal defined by a mission statement or be values-based, but in some cases, the motive will be profit-driven. Examples of these include coalitions or regulators setting standards of conduct and connection across the blockchain strategy system. While some fear these regulations will slow down efficiency within the blockchain strategy system, especially if these regulations enforce rules that need to be followed before a transaction can proceed, Ryan Peterson, General Manager for the economic policy at the Central Bank of Aruba, says these regulations lead to innovation.1

While it may seem revolutionary, if not paradoxical at first hand, increasingly regulators are becoming innovators as they entertain, explore and experiment with the adoption of distributed ledger technologies (DLT), digital currencies, application programming interfaces (API), artificial intelligence (AI), augmented reality (AR) and a host of other digital technologies.

These stakeholders are entities that, with the motivation of driving a financial profit or who are distrusting of fiat currency, will provide access for others to the blockchain protocols. This is so that others can interact and transact in the blockchain strategy system. These entities essentially sell a usage token needed to join the blockchain network. Usage tokens are sold during an ICO (initial coin offering) in order to raise funds to build the product mentioned in the relevant whitepaper. Token sales tend to be on offer for a limited period prior to the product being launched. Most blockchain white papers are made available to the public to conceptualise the technology behind the token before getting involved (white papers are often seen as a prerequisite to weed out possible scams). Traders provide access to the token and speculate on the price.

Stakeholders from the application layer

There are four stakeholders coming from the top layer – the application layer. These are: entrepreneurs, corporations, end-users, and venture capitalists or investors.

The application layer has to do with stakeholders finally making use of the blockchain protocols and networks to build an application. This is when the blockchain is expressed in the form of a currency or the blockchain technology is used to offer a product or service to others.

These stakeholders are the people who build the applications, products or services utilising the blockchain protocols and networks. Entrepreneurs and startups will obviously have an end-goal of making a profit, but entrepreneurs specifically in the blockchain strategy system are often motivated by passion and a desire to infiltrate traditional, age-old systems and make them better through the use of blockchain technologies. This is especially true when it comes to bitcoin. Many of these entrepreneurs have a vision to bridge the gap between the traditional world of banking and the world of digital currencies. This is an extremely difficult task and comes with a lot of regulation, risk and resistance. These entrepreneurs therefore need to maintain a good standing relationship with all other stakeholders involved in the blockchain strategy system, especially the regulators.

The end-user will be the person who uses the application, product or service. These stakeholders are very important for the entire blockchain strategy system, as what they deem valuable informs a lot of the other stakeholders’ decision-making. The end-user’s response will therefore impact business strategy in the blockchain strategy system. The end-user exists because the traditional financial methods were not meeting consumers’ needs.

These stakeholders are on a mission to utilise blockchain technology when creating business strategies to solve problems within the institution. These corporations will often push new technologies to a large group of customers of end-users to solve or address a blockchain problem. These corporations may exist to meet a need in the entire blockchain strategy system like regulation or compliance. The other stakeholders they interact with may be ICOs (initial coin offerings), traders, investors and regulators.

These are the people or organisations that provide capital to create the blockchain infrastructure. These stakeholders are motivated by profit, but are also values- and mission-based. Many venture capitalists aim to help in solving social and economic issues by funding others to create solutions using blockchain technology.

Where do you come in?

This blockchain business model or framework can be used by any working professional or innovator in implementing blockchain technology and using it as a solution to various business problems. By understanding the blockchain strategy system and knowing the various stakeholders involved, you can now see where you fit in, as well as begin making use of the different blockchain business strategies in the face of decentralisation and disruption.