The Historical Impact of Globalisation on Economies and Business

Globalisation is a concept that, in the lead-up and after the turn of the millennium, has become a fierce and recurring topic of debate. Over the long history of the idea, it’s been called a necessary, even inevitable, process that will cure all the world’s ills, if only we embrace it. Others have seen it as a purely negative process, enriching the few while the many suffer.1

It is, however, undeniable that globalisation has (and continues to have) a profound effect on the world, in the way companies and even governments do business: according to World Bank data, trade accounted for more than 70 per cent of global GDP in 2017, from less than 25 per cent in 1960.2 To understand these effects, and maybe glean an insight into the future of globalisation and its current impact on business, it is useful to cast our eye backward, to learn how the process started.

Globalisation describes the ways in which “national and regional economies, societies, and cultures have become integrated through the global network of trade, communication, immigration and transportation”.3 The beginnings of globalisation are still debated, with some sources placing it as long ago as the bronze age, fully 4,000 years ago.4 Others pin the date more reasonably in the period of global exploration kicked off by Christopher Columbus’ discovery of America in 1592 – this marked the birth of the first global trade networks, pioneered by European powers.5 This is generally considered the first wave of globalisation, in which business and trade crossed seas, and it lasted for more than a century.

By the nineteenth century, the movement of globalisation entered a new phase; the advent of technologies such as the steam engine facilitated international trade further, quickening the pace and scope at which business could be conducted. A dearth of major wars (after the end of the Napoleonic wars in 1815)6 aided rapid growth during this period,7 which was characterised by, among other things, vast waves of immigrants expanding across the globe – more than 20 million people left Europe for other shores between 1850 and 1913.8 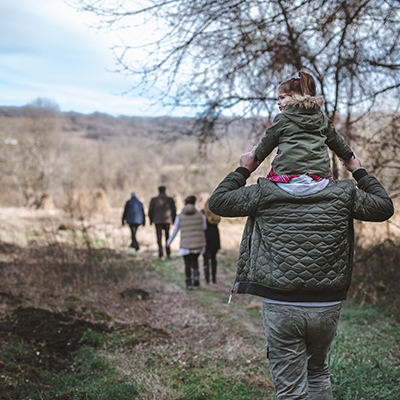 The term ‘globalisation’ itself first appeared sometime in the late 1920s; a little over a decade and a half later, during and immediately after World War II, globalisation entered a new phase.9 Near the end of the war, the German army developed V-2 rockets for use against London – after the end of the war, this technology would form the basis of modern communication, as nations began exploring the potential of rockets to send satellites, and eventually men, to the stars.10 Alongside these technological developments came a range of institutional changes that served to integrate trade even further: the founding of the United Nations, in 1945, aimed to bridge the gaps between countries, with economic development a core tenet of the organisation.11

At the same time, the creation of broad trade agreements such as the General Agreement on Tariffs and Trade (GATT), “the first worldwide multilateral free trade agreement”.12 This agreement was specifically created to facilitate trade through the elimination of tariffs that were considered harmful to free trade. It was eventually succeeded by the creation of the World Trade Organisation.13 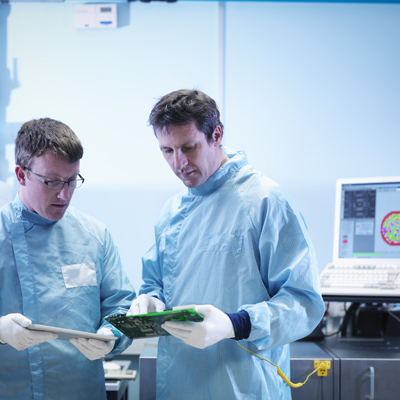 These are the roots of the final, and the current wave of globalisation, in which computing also figures heavily: while computers have existed in some form since at least the 1940s, the creation of the first microprocessor, by Intel in 1971, marked the great leap forward towards modern computing.14 This began a trend which saw companies able to use computing to increase their access to information, and ultimately unlock economic potential.15 This era – as all those before it – has had, and continues to have, enormous influence, not only on the large conglomerates and corporations who do business across borders, but on the small businesses who interact with them, and even many of those who don’t.

The period after World War II saw rapid expansion and integration of global trade, as nations went about the task of rebuilding in the wake of the war.16 This sudden uptick in the process of globalisation was fueled by the surge of business and technological innovation, that allowed cross border trading to flourish at a pace unseen previously. Ultimately, this resulted in an increase in trade value of over 4,000 per cent between 1913 and 2014, with the greater share of that increase occurring after 1950.17

The modern, post-war period saw an increase of another type, however: the rise of the modern multinational (or transnational) corporation.18

Large corporations with global ambitions had been around for quite some time: the various East India Companies traded between Europe and India from as early as the 17th century, even becoming involved in the politics of the day.19 After World War II, however, new technologies and liberalised trade allowed corporations to grow far larger than ever seen in history – in a 2017 comparison of the 100 largest economic entities in the world, only 31 spots were claimed by governments. The other 69 entities were multinational corporations. 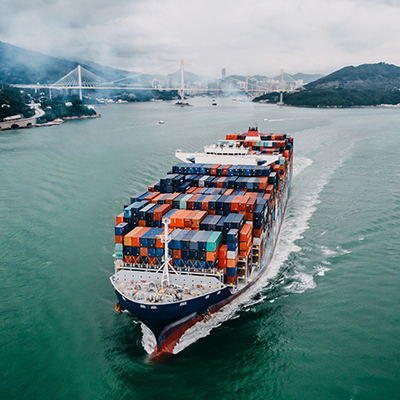 These corporations owed much of their growth to the facilitating role of trade agreements such as GATT, which made it possible to move goods around the globe much more cheaply.20 Companies in the US, Europe and Japan were also beneficiaries of domestic trends in the middle of the century that saw banks invest heavily in industrial stocks, while encouraging mergers that concentrated capital stock.21

They were able to use technological advancements in transport and communication to take advantage of the newly opened markets that were quickly opening, and the technology allowed them to operate more effectively on those shores. The rapidly advancing process of globalisation also gave the corporations access to new, and cheaper, labour markets.22

Alongside the rise of the multinationals, international trade split into three broad groups:

This delineation of trade has coincided with an enormous explosion of the population, although this has not happened uniformly. Inevitably, developing nations boast far higher birth rates than industrialised states. Unfortunately, the uneven rate of population was matched with uneven economic growth, wherein developing economies with burgeoning populations, lagged behind industrialised nations in purely economic terms.24 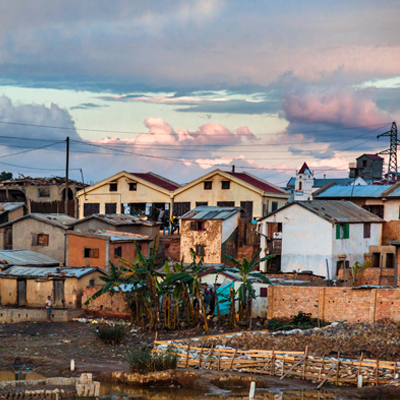 This discrepancy resulted in a revival of the migrant waves of 19th century Europe. The modern incarnation of this effect, however, was of a far grander scale, and in the opposite direction – the number of migrants in 2017 alone amounted to 258 million people. This had the additional consequence of increasing workers’ remittances – when migrant workers send money home, out of the country they’re working in – to an estimated US$466 billion, also in 2017.25

These statistics highlight an aspect of globalisation that’s arguably been largely responsible for the groundswell in opposition to the concept. While, on the whole, attitudes towards globalisation tend towards the optimistic, there is a minority who continue to consider the entire concept problematic.

In his article discussing the pros and cons of globalisation, writer Mike Collins presents common arguments against the process, including:26

These criticisms aren’t without merit, as the scale of migration and changing emphasis of trade goods between countries can attest. Yet, on the whole, the effects of globalisation on business have largely resulted in a long-term economic boom, with the global economy better off than ever before, even with the lingering effects of a still fairly-recent recession.27

The pressures of each wave of globalisation have had an undeniable effect on each subsequent era: first, men sailed to the furthest corners of the planet, establishing a long web of transiently connected humanity. In the second era, the world was made smaller, as technology made vast distances shrink. The third era brought clarity of voice; we could talk to each other, and trade more easily across the closing gaps. Today, in the midst of the most recent era of globalisation, the net has tightened, as we have brought all previous advancements together in the current tidal surge of progress.

The culmination of historical trends – the tightening of the net – has led modern business to take a far different tack from their predecessors: over the past three decades, corporations have increasingly turned to specialisation. Where largely domestic businesses were previously able to sell anything and everything, the crowded international stage means that a specialised offering in a product that offers a comparative advantage is easier to find a home for – however niche that might be. Competitive advantage refers to the ability of a country (or company) to produce a certain product or service more efficiently than others.28

Indeed, this change has led to a new prominence for the international trade of intermediary products, the building blocks of consumer goods (such as electronic components), as well as the turn towards specialised professional service, thanks to the distribution of competitive advantage – developing nations, for instance, will generally enjoy a competitive advantage in labour, allowing them to more easily produce often simpler intermediary goods.29 It has also had an effect on competition: in a globalised world, anyone with the necessary capital can enter virtually any market. This has meant that many large companies are held in check, as even an apparent domestic monopoly may come under fire from beyond a country’s borders.30

International trade remains, therefore, the greatest driver of globalisation, as nations forge alliances based on trade concerns, affecting the supply of goods to and from that market, from intermediary products manufactured in developing economies, to sophisticated consumer goods. Ultimately, this has a trickle-down effect on a host of other issues, including the societies which make up nations.31

Today, globalisation stands at something of a crossroads; the rise of modern nationalism, as exemplified by US president Donald Trump, favours an anti-immigrant, protectionist stance that also clearly stands against the principles of globalisation.32 At the same time, information technology has indeed brought us closer together than our forebears would have thought possible, globalising the trade of ideas – although, like all aspects of the process, this has been uneven in its spread and impact.33

The question, then, is: what future can we expect for globalisation, its impact on the economies we live in and the businesses that help drive these economies? 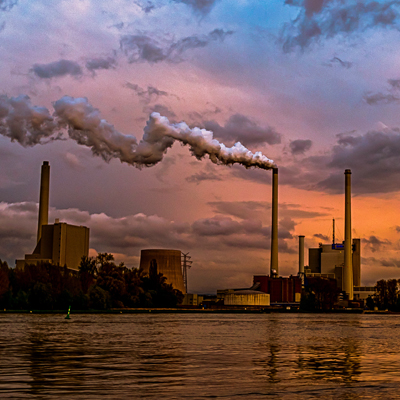 Three major trends were identified by the UN Secretary-General’s October 2017 report on the topic:34

In order to tackle these challenges, business and governments will need to work in concert to reform and regulate the global economy, in order to stymie the historical tendency of globalisation towards unequal costs and benefits across regions. The interconnected nature of the globalised economy means that problems caused in developed economies, for instance, can have knock-on effects for developing nations.35

The nature of globalisation in the 21st century – fueled by post-war economic booms, sweeping global movements of liberalisation and freedom, and the rise of dominant multinational corporations – led to the ever increasing connected world and economy. Businesses have responded to each wave of globalisation by harnessing the technological developments presented to refine their strategy and increase growth. The next era will bring new innovation with artificial intelligence, which will present new opportunities to grow and the ongoing challenge of how to evolve and adapt.

Employee Training and Development: The Benefits of Upskilling or Reskilling Your Team Read More