Cryptocurrency Mining: How does it actually work? 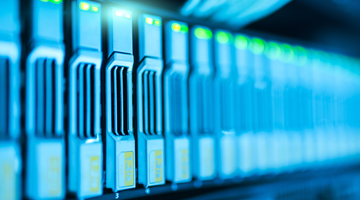 Bitcoin has been disrupting multiple industries and global economies since it was founded in 2009, and began to dramatically rise in value.1 Bitcoin now is the “parent” to a host of cryptocurrencies like Ethereum, Ripple, and more.2 The market value of cryptocurrencies increased from $17,7 billion to $613 billion in 2017, meaning cryptocurrency mining is becoming more attractive, but also more competitive.3

Cryptocurrencies and cryptomining can no longer be noted as a fad, they are serious business, investment, and transaction technologies. To benefit from this digital invention and to begin generating cryptocurrency, you first have to understand what distinguishes cryptocurrency within the economic market.

The market value of cryptocurrencies increased from $17,7 billion to $613 billion in 2017, meaning cryptocurrency mining is becoming more attractive, but also more competitive.

What makes a cryptocurrency different to the Euro, the Pound, the Dollar, or the Rand? In many ways, it’s the same. It performs the same function as the conventional currencies you already know, in that it’s a cash system which people can use to buy and sell goods or services, or even to invest with.4

A cryptocurrency is a digital currency based within a decentralised system. Cryptocurrencies allow you to make secure online transactions (i.e. making and receiving payments) “that are denominated in terms of a virtual ‘token’, representing ledger entries internal to the system itself”.5 The decentralised nature of cryptocurrency is what makes it so alluring.

This means that a cryptocurrency is not centrally controlled or regulated by any single point of origin or management, and everyone who uses the currency holds the same amount of authority within it. It requires no central bank, as it uses cryptographic encryption techniques to regulate the generation and transfer of currency.6

A blockchain is the cryptographic encryption technique that cryptocurrencies use to control the generation and transfer of “currency”. The technique was originally developed by Satoshi Nakamoto (a pseudonym for the creator/s of Bitcoin) in his founding of Bitcoin, and has since been adopted by younger cryptocurrencies.7

A blockchain is a growing list of entries in databases, which are called blocks, that are linked together using what is known as a hash (which is the product of a cryptographic function).8 Every block, contains this cryptographic hash, a timestamp and transaction data, and they are unable to be modified.9 It’s potential for growth, diversity, and disruption is unmeasurable, and its influence goes far beyond cryptocurrency. Or, as the authors of Blockchain Revolution, Don and Alex Tapscott, explain, the “blockchain is an incorruptible digital ledger of economic transactions that can be programmed to record not just financial transactions but virtually everything of value”.10 Just as the experts describe, blockchain has the potential to impact the most significant aspects in society, business, and innovation.

A block is generated when a user requests a transaction on a cryptocurrency network. These transaction requests are broadcasted to a peer-to-peer network, who validate them. Once the request is validated, a new block is generated and permanently added to the blockchain, carrying all the information for the transactions (through the hash). The reason that cryptocurrency can hold actual monetary value is because the number of blocks possible in any currency is limited.11 This means that, at some point in the future, mining will no longer be possible, hence the race to acquire cryptocurrency.

How blockchain works to decentralise a cash system is because no single block holds authority over another. It is a peer-to-peer system, meaning that all data is duplicated thousands of times, or hundreds of thousands of times, across the chain of blocks, sharing the whole system’s data with each other, regularly updating whenever a new block is mined and generated.12

The benefit of this is that no one block, or person or organisation, is then able to control the entire system. The entire database isn’t stored in one location, instead it is shared publicly, and no single point exists for anyone (i.e. a hacker) to corrupt.13

“Bitcoin is the beginning of something great: a currency without a government, something necessary and imperative…”

How does cryptocurrency mining work?

The creator/s of the blockchain, Satoshi Nakamoto, realised that without some kind of competitive challenge, a cryptocurrency’s generation system could be easily corrupted. This is why he created the blockchain with the rule that, in order to qualify to “mine” or generate blocks, miners would have to first solve a mathematical puzzle, which would connect the newly generated block with its predecessors, thus forming a chain.14 Thankfully, there are computers who can solve these puzzles, and so mining has been made fairly easy through hardware and software that you can purchase.

A cryptominer is then someone with access to a computer that can solve complicated mathematical puzzles and uses this skill to “mine” cryptocurrency.15 The process starts with a computer that gathers pending transactions in a cryptocurrency network and turns them into a mathematical puzzle. These transactions need to be validated before they can form a block and be added to the chain, which is the job of the cryptominers. Miners work to solve this puzzle, and the first one who does, validates the pending transactions (thus forming a new block for the blockchain) and is rewarded with an amount of cryptocurrency. Some systems, like Bitcoin, have a rule that you only receive your reward when a certain number of blocks have been added to the chain; the incentive works to encourage continued participation and mining.16

As the blockchain grows and more coins are found, these mathematical puzzles and algorithms become increasingly complex, and more processing power and hardware storage are required to solve them.17 The crypto mining industry has grown to such an extent, that computers will soon become obsolete in the mining process, as their power and storage is simply not sufficient enough. There is now specialised equipment being developed, to streamline mining efficiency and performance.18

The process starts with a computer that gathers pending transactions in a cryptocurrency network and turns them into a mathematical puzzle.

“Bitcoin is the beginning of something great: a currency without a government, something necessary and imperative,” says former trader and risk analyst, Nassim Taleb.19 We wouldn’t argue. Cryptocurrencies are an exciting digital innovation, but while blockchain technology is reported as stable and secure, cryptocurrencies are still relatively new, with practical applications and tech yet to be explored. This makes it an incredible space to be moving into and educating yourself around, a space with so much potential to gain real authority in.

6 Megatrends That Are Revolutionising Your Supply Chains

7 min Ian Ellison, senior associate at CISL, sets out the six megatrends that are disrupting traditional supply chains and what you need to know to future-proof your supply chain.
Read Article