Join The Conversation: Women In Leadership 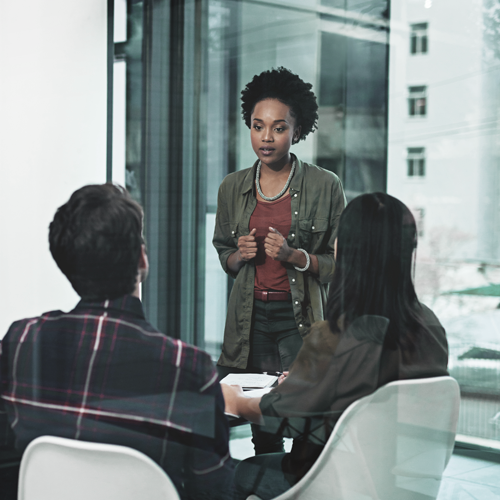 Helen Clark, former Prime Minister of New Zealand, the first woman to have won office at an election, and former member of the Council of Women World Leaders, is well-known for saying on the day of submitting her nomination as New Zealand’s candidate for the 2016 UN Secretary-General selection, that she was running as the best possible candidate, and not necessarily because she is a woman.

As a woman in leadership, Clark calls for gender equality, but also for a significant emphasis on the fact that women are still being underrepresented in leadership on a global scale, which calls for something more than just having the same human rights.

.@HelenClarkNZ shares a message for women and girls aspiring to be leaders.

Chimamanda Ngozi Adichie, author of We Should All Be Feminists wrote in The Guardian:1

“Some people ask: ‘Why the word feminist? Why not just say you are a believer in human rights, or something like that?’ Because that would be dishonest. Feminism is, of course, part of human rights in general – but to choose to use the vague expression ‘human rights’ is to deny the specific and particular problem of gender. It would be a way of pretending that it was not women who have, for centuries, been excluded. It would be a way of denying that the problem of gender targets women. That the problem was not about being human, but specifically about being a female human. For centuries, the world divided human beings into two groups and then proceeded to exclude and oppress one group. It is only fair that the solution to the problem should acknowledge that.”

In honor of Black History Month, here are some iconic words by one of our favorite Nigerian authors, @AdichieSpeaks . pic.twitter.com/RKcv0X6CBk

Women like Clark and Adichie are calling for all to join the conversation on the topic of #WomenInLeadership. Female leaders are finally starting to become a reality, and most are making full use of their positions to give powerful advice on topics like developing your own leadership identity, or on embracing opportunities amidst fear.

If you have a look at your social media news feeds, it’s evident many of these determined women are keen to add their voice from various fields and industries, like:

I get asked all the time: “How do you do it all?” *in soft worried voice
(mom, wife, daughter, doctor, researcher, leader, advocate, friend)

Currently, 64% of Rwanda Parliament is Female and it has been ranked the highest country in the world with most Women in parliament as of January 2017. https://t.co/Bwkfy7MpHt #Africa #womeninleadership #WomenInPolitics

If I had one wish it would be that we knew how to give each other #feedback with #kindness and to receive it in return #wholeheartedly. Life would be easier @HomewardBound16 #womeninleadership

Many thanks to all of our participants in our 2018 WIL Mentorship Program – Vancouver, Calgary, and Toronto! Thanks so much to our incredible Mentors, our Host Sponsor @FaskenLaw , #ImmigrantServicesCalgary, our facilitators, and our amazing volunteers! #womeninleadership pic.twitter.com/N2VWhEWijG

“If revenues generated by minority- women owned firms match those of other women owned businesses, $1.1Tn in revenues& 3.8M jobs will be added to the US Economy.” @thebeacondc launch their latest Inclusive Entrepreneurial Ecosystems report #entrepreneurs #womeninleadership pic.twitter.com/mEWIQMW2qj

Ever wonder what 500 inspiring women and emerging leaders look like? 💪 We’re at #WILB2018 this week talking about leadership and communications. Follow along and get inspired! #wilbconference #womeninleadership https://t.co/vaUc5ZoObF pic.twitter.com/U8s1P2rzhG

Will you join the conversation?