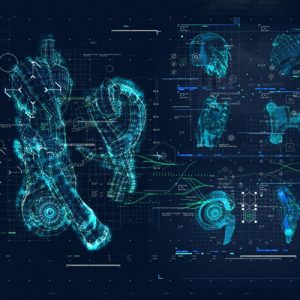 This week we’re going to kick off a multi-part series on how to construct an innovation ecosystem. I will pursue greater depth in this multi-part series than I did in my popular piece on Regional Advantage in Fintech that was more government focused.

The topic is important not only for governments who are trying to stimulate economic development and reshape their economies, but also corporations who are striving to create new growth, and academic institutions seeking to foster the next generation of entrepreneurs.

Recent innovation ecosystem construction is particularly pronounced in areas like fintech and blockchain, where organisations are trying to get new standards and new protocols adopted on a widespread basis.

So how do you create a self-reinforcing environment of productivity and invention? How do you better facilitate the process of transferring an idea, an invention, into commercial applicability that begins to scale? How do you democratise capital flows so that these innovation ecosystems can live outside of the bare handful of traditional geographic clusters where we’ve seen so many innovations develop from before?

Indeed, when you’re trying to get a protocol adopted, there is no one geographic cluster that can dominate. You are trying to get cities, regions, nations to join in your effort.

What are the ingredients that go into creating an innovation ecosystem? From my work with the European commission and a dozen Fortune 1000 companies, as well as the newer breed of startups that are pioneering the world of blockchain, I’ve identified a few recurring themes. These are hardly unique to me, many who study the science of Innovation have pointed to one or more of these factors or dimensions as important.

Over the series, we will explore:

This week, we are going to focus on perhaps the most important: Failure tolerance.

Part of what makes the US a haven for entrepreneurship and innovation is its excellence in allowing people to reinvent themselves. Notwithstanding F Scott Fitzgerald’s claim that “there are no second acts in American lives”, I have seen that America embraces the idea of reinventing yourself time and again.

From what I’ve observed and had validated by others in Europe, Asia, and other markets, the historical bias is that children and grandchildren in these other locales can carry the shame of a family failure. In southern Europe, one of the issues that we observed for the European Commission was the strong bias of young graduates to seek lifetime employment, to get “the job”, providing 30 years security. Not going out and striving in startups. The accompanying lack of social mobility historically (for hundreds of years) remains embedded in the family psyche.

These dimensions of failure tolerance are slowly changing, albeit in the face of educational systems that train students to aim for perfection rather than experimentation. Europeans, for example, are beginning to embrace the startup culture in new numbers.

Startups thrive on failure. My rule of thumb for a startup innovation portfolio is that if your projects are not failing 80% of the time, you are not experimenting enough.

In successful innovation cultures, we talk about “teachable moments” and “after action reports”, not “lifetime stigma”.

The US as well suffers this problem outside Silicon Valley and select other parts of the country. I spent much of my career shuttling between NY and SF, but based in NY. For the first 10 years of my career, on the east coast, “job hopping” was an epithet: if you didn’t work at one company for a decade, you were deemed unreliable. In the Valley, very few worked at a company for that long (the valley faces a different problem, one of over-mobility – at the instant a company falters and doesn’t appear bound for unicorn status, the workforce runs for the door – a topic for a future column).

As the nature of work changes and the support around entrepreneurial ecosystems grow, the US has shifted into more of a liquid mentality around labour, and has broadened its glorification of the entrepreneurial success story and its tolerance for the failures that can accompany that lifestyle.

Europe, Latin America, and Asia still need to evolve in this area if they wish to sustain the nascent entrepreneurial flourishing we are seeing. In Europe, the problem is particularly pronounced in the fintech and blockchain industries, thanks to the dislocation and description provided by Brexit. Prior to Brexit, the UK had a vibrant and robust entrepreneurial ecosystem. This is now at risk, and everyone from the government and the private sector is trying to figure out what the new future looks like, while the continental Europeans are moving ahead to try to capture Brexiting entrepreneurs. South Africa is nurturing an emergent entrepreneurial class, as is MENA; the rest of Africa I will discuss in a future column.

So a major function of crafting an innovation ecosystem is acting not only as a social psychologist but as a societal psychologist (an active role different than cultural anthropology or political psychology).

How can you create new social norms that make failure acceptable?

How can you de-risk failure and encouraged experimentation among would-be entrepreneurs?

I note with interest that the US has built a media culture of glorification of the self-made individual, from books like Horatio Alger and newspaper stories about Henry Ford to documentaries about Bill Gates and TV shows like Silicon Valley. It’s not limited to classes on entrepreneurship, as important as I may feel entrepreneurial education is.

Perhaps a media culture needs to be part of your innovation strategy.

As iconic entrepreneur Thomas A. Edison said when asked why he didn’t get results in his effort to make a storage battery, “I have gotten lots of results! I know several thousand things that won’t work!”

Next column, we will discuss risk capital and how it is changing, and can be changed.